Christian Bogle Caps Off 2022 Season and Looks Forward to 2023 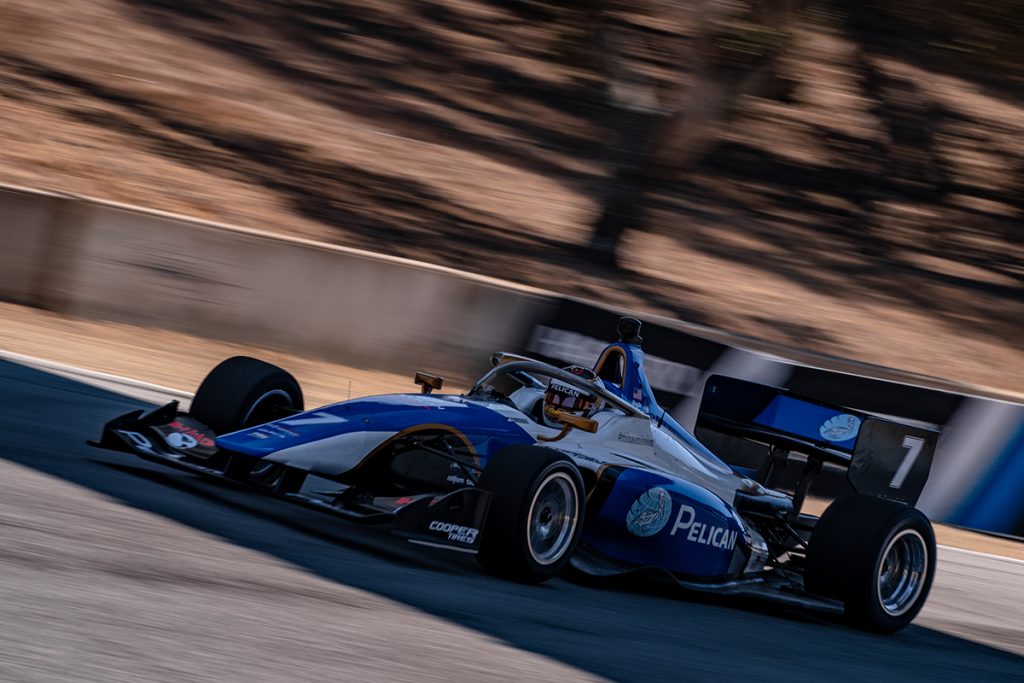 With the final two rounds of the 2022 Indy Lights Presented by Cooper Tires season completed this past weekend at WeatherTech Raceway Laguna Seca, Christian Bogle from HMD Motorsports with Dale Coyne Racing ended the season with a pair of top-ten finishes.

Alongside the NTT INDYCAR SERIES, both series ended their seasons on the famed 2.238-mile course in Salinas, California. With a double-header event weekend, Bogle and the Indy Lights field were given only one practice before a combined qualifying session to accommodate the additional race. Bogle finished practice and qualified for both races in twelfth. While the weekend did not start off strong, Bogle was confident he could go into the races and improve on his lap times and position.

During both Indy Lights races, Bogle repeatedly found himself in tight battles for position as he continued to move up through the field. In the first race of the weekend, Bogle improved three positions to finish ninth and gained two positions in the second and final race to finish tenth.

“My goal was to finish the season with a pair of top-ten finishes, and we did just that,” explained the driver of the #7 HMD Motorsports entry. “I could confidently say that this was a huge improvement from last year and my best year in Indy Lights. While we have yet to announce our 2023 program, I am actively working on realistic goals that I would like to achieve in motorsports considering this was only my fifth year of racing altogether.”

Improving in both races and ending the season with two additional top-ten finishes, Bogle ended his second year in Indy Lights with eight top-ten results and a career-best finish of fourth at the Detroit Grand Prix.

“To wrap up the last race of the year here in Indy Lights, it wasn’t an amazing race, but we ran okay.” He continued, “We had some good parts this year, it just wasn’t super consistent on my part but overall, we made some good impressions here, and hopefully we will be back.”

With the season now complete, stay tuned to Christian Bogle’s social pages to stay up-to-date on his plans for the 2023 season.