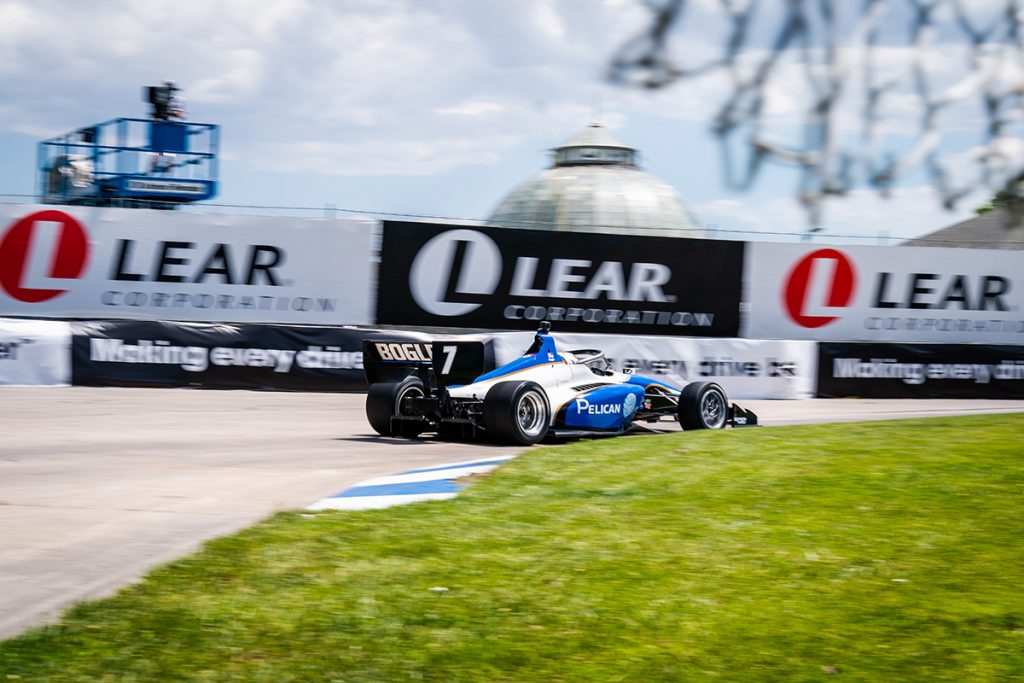 The final trip to the Streets of Belle Isle made for a weekend to remember for Christian Bogle and HMD Motorsports with Dale Coyne Racing. Since joining the team this season, Bogle has consistently improved his pace and level of comfort within the car and his hard work finally paid off this past weekend at the Detroit Grand Prix. 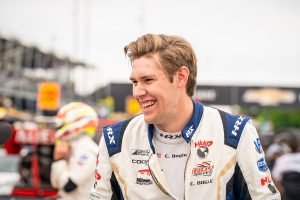 After one practice session, Bogle qualified eleventh and twelfth for the two races in the double-header weekend. The bumpy 14-turn course is difficult to handle as many of the Indy Lights Presented by Cooper Tires drivers quickly learned during the opening race of the weekend. Bogle however, remained calm through the race and put everything he had learned to the test. In the opening five laps, he managed to move up into eighth and over the next ten laps he gained another three positions and up to fifth. While drivers around him continued to struggle, Bogle remained focused and out of trouble as he drove his way to a fourth-place finish – his career best result!

“A great result for both the team and I,” explained Bogle. “Understanding that some drivers had some trouble, I really felt that our pace was strong right from the very first practice session. I made two errors in qualifying which forced drive through penalties that cost me two laps of track time per qualifying run, but I will learn from those mistakes.”

In the second race of the weekend, Bogle was hoping to claim similar results, but unfortunately became a victim of the streets of Belle Isle and made contact with the wall seven laps into the race. While the weekend did not end pleasantly, Bogle remains excited for his fourth-place finish. It was a weekend of learning and growth for Bogle while providing a massive boost of confidence.

Bogle continued, “Next stop, Road America. We had a good test there a few weeks ago and it is a track that I love to compete on.”

HMD Motorsports and Christian Bogle will now carry their excitement into the next event this weekend at Road America for the next round of the Indy Lights Championship. Taking place Friday, June 10  to Sunday, June 12, Indy Lights will return to a single-race format with two practice sessions followed by qualifying and the Grand Prix at Road America ahead of the NTT INDYCAR SERIES.

How To Watch – Indy Lights Presented by Cooper Tires
All 2022 Indy Lights races will be available on Peacock Premium in the United States, REV TV in Canada and ESPN – Star+ in Latin America and Brazil. For fans outside of those areas, Indy Lights races will be available through the new INDYCAR Live! streaming platform.  INDYCAR Live! will also feature every practice and qualifying session worldwide. The award-winning INDYCAR Radio Network also will provide coverage of all Indy Lights sessions alongside the INDYCAR App Powered by NTT DATA.