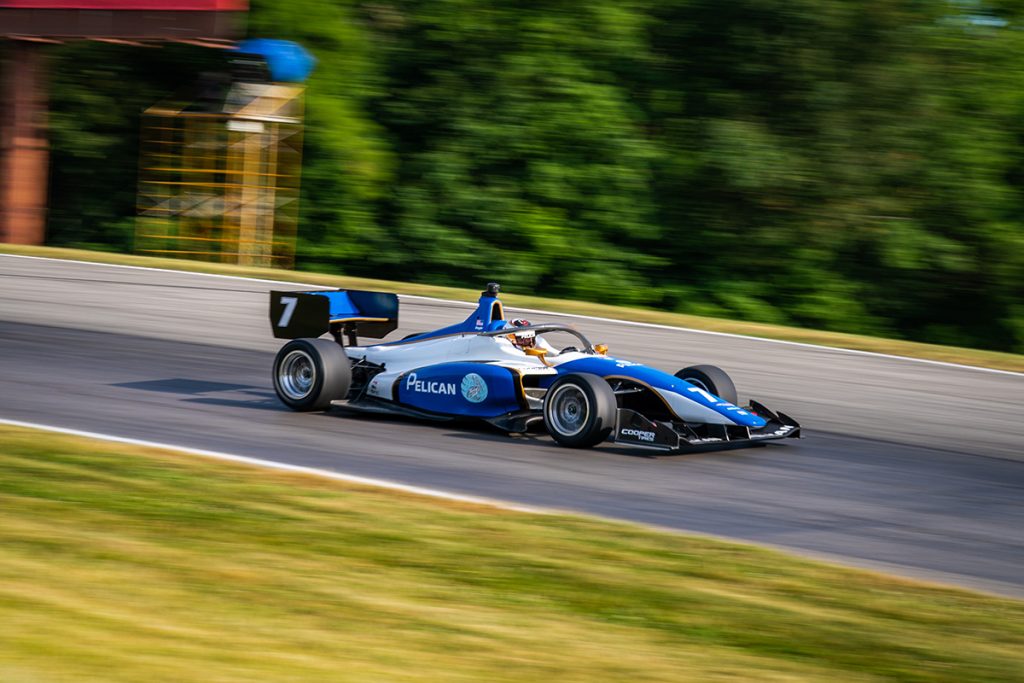 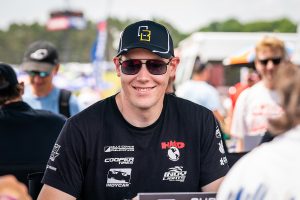 The Indy Lights Presented by Cooper Tires race at Mid-Ohio Sports Car Course this past weekend marked the start of the second half of the 2022 season. The Independence Day weekend brought renewed focus and energy for Christian Bogle, driver of the #7 Pelican Energy car with HMD Motorsports but in the end, he closed the weekend with his most competitive race of the 2022 season.

Two practice sessions on the schedule for the weekend provided ample time for Bogle and the team to get the car up to speed for the hot, sunny weekend weather conditions before entering qualifying. In a single race event weekend, the 35-lap wheel-to-wheel action would commence on Sunday morning, just prior to the start of the NTT INDYCAR Series event at the fast, yet hard to pass circuit in Lexington, Ohio.

“We were running a bit off in practice one not only personally, but as a team,” explained Bogle, “We never gave up and continued working hard. At the end of the weekend the hard work paid off with my most competitive weekend in Indy Lights.”

Improving his lap times and climbing three positions in practice two, Bogle and the team were getting closer to their overall goal.

The only race of the weekend on Sunday didn’t disappoint, ushering in one of the most eventful races of the season for those battling in the midfield. Bogle, starting on the outside of row five after his tenth-place qualifying effort, began his race without a hitch, increasing his speed with every lap. An incident slowed the pace and a yellow flag bunched up the pack halfway through the race kept competitors close enough to give the spectators a great battle. Through all that Bogle was able to make his way up to seventh place by the end of the race, three positions forward from his start position.

Bogle, content with his work in the race added, “Mid-Ohio is such a fun track to drive. I know this was not my best result of the year, but I think I was more competitive then ever. My pace was similar to those running fourth through seventh and that is the goal for this year, to be in that area. It was a brand new car this weekend, and I am happy with the handling and the pace, I just need to work on improving qualifying.”

HMD Motorsports and Christian Bogle will take a two week break and shift their focus to running the first of two ovals of the year at Iowa Speedway. You can find Bogle on track Friday, July 22nd through Saturday, July 23rd for the ninth round of the 2022 Indy Lights season.