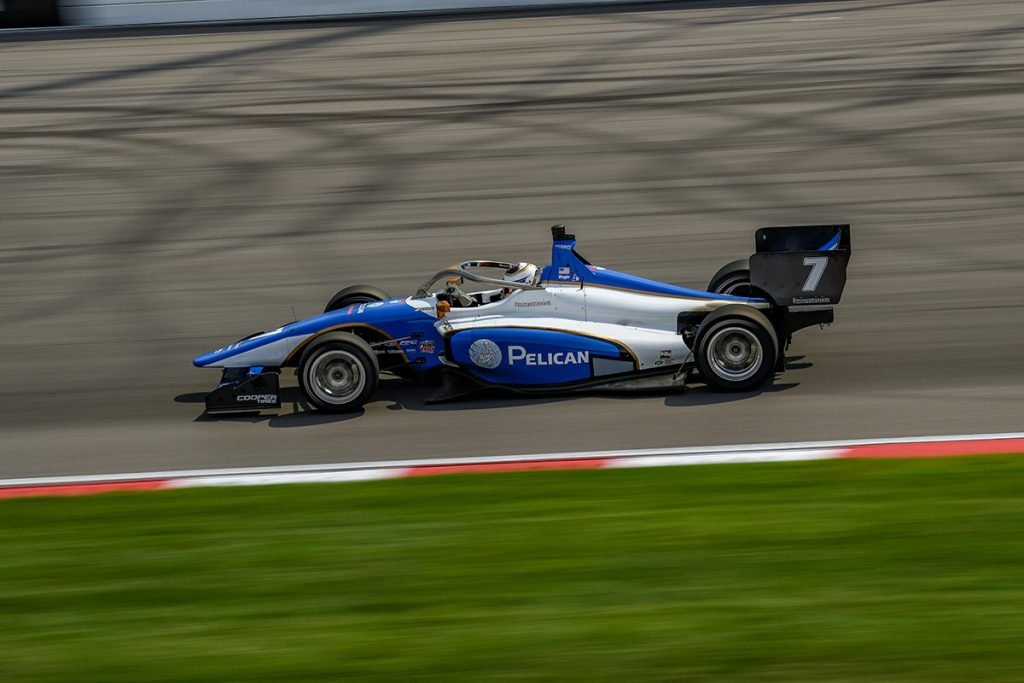 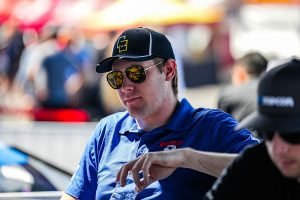 After a strong showing at Iowa Speedway last month, Christian Bogle was eager to return to World Wide Technology Raceway this past weekend for the final oval race on the Indy Lights Presented by Cooper Tires calendar. After testing at the track one week prior, the HMD Motorsports with Dale Coyne Racing driver felt prepped and ready heading into the weekend.

With the NTT INDYCAR SERIES race scheduled for Saturday night, Indy Lights was scheduled to complete three on-track sessions over the course of two days. On Friday, in the one and only practice session, Bogle finished with the ninth fastest time of the day but was confident in the speed of his #7 Pelican Energy Dallara IL-15.

In qualifying later in the evening on Friday, Bogle again finished inside the top-ten and qualified on the outside of row four in the eighth position. After the qualifying session, Bogle knew where he needed to improve and was ready for the wheel-to-wheel action that was set to take place on Saturday afternoon, just prior to the NTT INDYCAR Series event.

After his qualifying run, Bogle stated, “[Qualifying] could have been a little bit better on my part; I had a bit of a wiggle in the beginning. Overall, it wasn’t a bad run so we will have to see where we can improve a little tomorrow.” After being asked if he thought he could pull off a win, Bogle continued, “I’ll be trying to make moves early on if I can, and I’ll have to really take care of my tires and make sure to not wear them out early on but yeah I definitely think it’s possible to move forward and challenge for a solid result.” 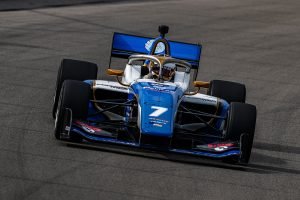 After the green flag flew on Saturday afternoon for the Indy Lights race, Bogle was running steadily in ninth for the opening ten laps. On lap eleven, however, he made light contact with the wall in the exit of turn two. He was able to limp his car the rest of the way back to pit lane, where the HMD crew quickly went to work to determine and fix the damage he sustained. After replacing the broken right rear toe link, Bogle was able to return to the race – ten laps down and in twelfth. With 23 laps remaining, a fellow competitor brushed the wall and retired from the race which eventually moved Bogle up into eleventh to finish the Indy Lights at World Wide Technology Raceway race.

Bogle continued, “A big thanks to the team for the hard work to get me back on track. Any experience gained is a good experience and that will go a long way in future oval races.”

Next week, Christian Bogle and HMD Motorsports will head to the West Coast to begin a two-week stretch for the final three races of the Indy Lights Presented by Cooper Tires Championship. With one race remaining at Portland International Raceway on September 4, the series will conclude at WeatherTech Raceway Laguna Seca for a double-header event weekend September 9-11.