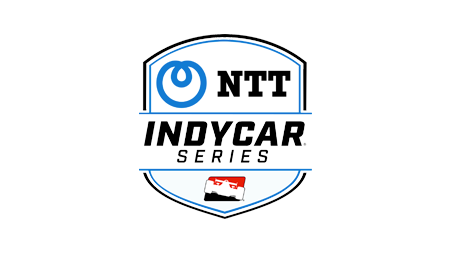 Featuring racing at a combination of superspeedways, short ovals, road courses and temporary street circuits, the NTT INDYCAR SERIES offers its international lineup of drivers the most diverse challenges in motorsports. The top point scorer is crowned the series champion and receives a $1 million bonus.

Founded in 1994, INDYCAR serves as the sanctioning body for the NTT INDYCAR SERIES. These athletes race single-seat, open-cockpit cars that feature a 2.2-liter, twin turbocharged, direct-injected V-6 engine optimized to run at 12,000 RPM with an estimated 500-700 horsepower depending on the turbocharger boost setting. The consumer-relevant engines, which are supplied by Chevrolet and Honda, utilize Speedway E85R fuel.

Sustainable
In pursuit of a greener planet, the NTT INDYCAR SERIES – along with its teams, partners and tracks – embraces a variety of practices befitting a responsible member of the global community.

The pathway to North America’s premier open-wheel racing series has a fresh, more youthful and energetic final level: INDY NXT by Firestone. INDY NXT will feature a new generation of global racing talent, competing vigorously for podiums and the opportunity to join the elite ranks of the NTT INDYCAR SERIES.

The presenting sponsor and Official Tire of INDY NXT will be Firestone, also the Official Tire Supplier and longtime partner of the NTT INDYCAR SERIES. INDY NXT by Firestone will emphasize talent development, while extending racing’s reach and impact to a younger and emerging consumer audience.

The rebranded racing series, formerly known as Indy Lights, will stage 14 races in 2023, starting March 5 on the Streets of St. Petersburg and competing on a diverse set of ovals, road courses and street circuits.

The 2023 season will provide an additional opportunity for a reset and a new mission to emerge, guided by an ethos that aims to inspire and relate to Generation Z and the young talent piloting race cars.

After an expansion of teams and car count in 2022, the 2023 season is expected to build on that momentum, with the highest entry list for the developmental series since 2009.

The 2023 INDY NXT by Firestone championship still will compete on the same tracks and on the same weekends as the NTT INDYCAR SERIES events, providing further exposure to the series. As in 2022, the schedule consists of three doubleheader weekends: the Indianapolis Motor Speedway road course, Streets of Detroit and WeatherTech Raceway Laguna Seca, where the 2023 INDY NXT champion will be crowned.

Additionally, coverage of all 14 races once again will be available in the United States via Peacock, NBCUniversal’s streaming service, and the INDYCAR Radio Network.