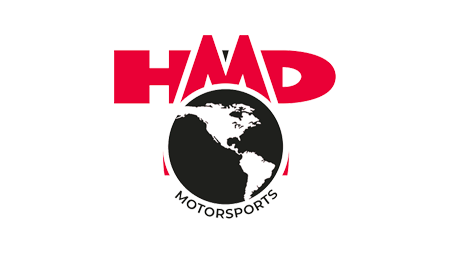 HMD Motorsports joined the Road to Indy Presented by Cooper Tires in 2017 and quickly made their mark as a front running team. Over the course of three seasons, the team racked up numerous race wins, podiums, pole positions and track records across the three RTI ladder programs. Joining the Cooper Tires USF2000 Championship in mid-2017, the team has continued to grow through all three rungs of the ladder series, expanding into Indy Pro 2000 in 2018 and into Indy Lights in 2019. In just three short seasons, HMD Motorsports has become an established front running team, going head-to-head and competing for wins in all three levels.

Halfway through the 2019 season, HMD Motorsports began a complete team overhaul, bringing in new and highly experienced crew, moving the shop to the Indianapolis, Indiana  area and focusing their attention on the Indy Lights Presented by Cooper ires Series.

Looking to have a minimum of three Indy Lights entries in the 2020 season, the team decided to partake in the FR Americas program in 2020 after the cancellation of the Indy Lights season. While in FR Americas, the team claimed seventeen podiums.

Returning to the Road to Indy for the 2021 season, HMD Motorsports made their official debut as a rookie team since their complete rebuild. As they continued to add on highly experienced personnel and a strong driver lineup, HMD Motorsports immediately became a frontrunning team with ten wins and thirty-three podiums, ultimately claiming the Team Championship title.

After coming in second in the 2021 Indy Lights Championship, David Malukas advanced to the NTT INDYCAR Series in 2023 with Dale Coyne Racing with HMD Motorsports piloting the #18 Honda.

In 2023, HMD Motorsports will expand yet again and enter nine drivers in the newly rebranded INDY NXT by Firestone (formerly known as Indy Lights) and David Malukas will continue in the NTT INDYCAR Series with Dale Coyne Racing with HMD Motorsports.